Pet Stars for Film and TV

Lights, Camera - Fetch!
Who could forget Lassie or Toto? Producers often contact Paw Behaviour in search of the next Dog Diva, so if you think your dog has that star quality, our Pet Stars course is for you!

Stars Graduates Available for Work on the Big & Small Screen
Paw Behaviour® Dog Training can teach you clicker and target training – the methods used to train dogs for film and television. The Pet Stars course teaches your dog to perform TV tricks and movie moves! So, if you think you may have the next Hairy Hollywood Hunk, check out our Pet Stars course. 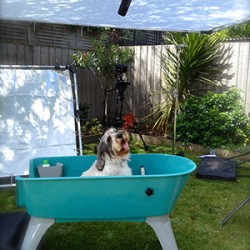 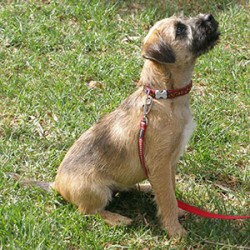 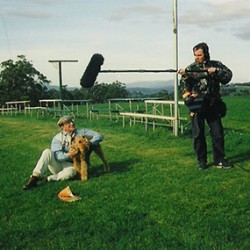 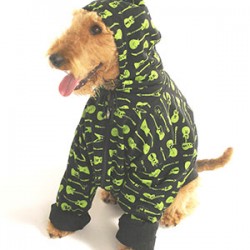 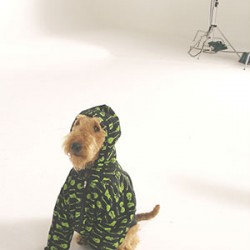 This TV advertisement starring Merlot, Airedale Terrier was filmed in central Melbourne over 4 days in April 2005.  We are very proud to have contributed to this production.

Anything You Can Do

In May 2008 Paw Behaviour Dog Training was contacted to provide a dog for a short film. The film, entitled “Anything You Can Do”, is one of four short films Youth Disability Advocacy Service (YDAS) produced to promote awareness of issues dealing with young people and disabilities.

“Anything You Can Do” is a fast paced, dynamic and fun short children’s film dealing with themes about disability, fair play, opportunities and support. In the script the dog “Burger” (played by Nelda) is an assistance/companion dog to a young child in a wheel chair. With less than two weeks before filming, the challenge was to train many complex behaviours which included the dog yawning, growling, pushing a ball and working with two small boys – one in a wheelchair.

Oakwood Products – Alan Jane, Disegno
Lights! Camera! ACTION!..... but where's the dog?
In our game we need professional people working together to create wonderful imagery and magic to tell our client stories.
So when it comes to getting the right animal, there is only one person I call - Jen!
We have created packs for V.I.P. Petfoods, now the Worlds largest fresh pet food manufacturer to, how to videos for Oakwood's range of pet shampoos.
With all our shoots, which at times can have multiple animals on set, Jen coordinates to our call sheet and gets each animal looking great and ready for, ACTION!

"Anything You Can Do"

Jennifer was an incredible asset to our production as Dog Wrangler on our short film "Anything You Can Do". Working closely with me from script to production ensured a very smooth and successful shoot with her trained dog "Nelda" who almost stole the show!

Would highly recommend Jennifer and her dogs, in this role for future film/TV productions.

I worked with Jennifer for a commercial shoot in Melbourne for our client Chevy USA. The shoot was very successful because we have a great team from different countries, Korean, China, Taiwan, US and Australian trainers. Jennifer was absoutely one of hte best among the many trainers. She and her dog Merlot, was one of the reasons that made it a fun to watch commercial.

Hear what others have to say! Read some of our happy client testimonials

If you are a Film or TV producer requiring a dog for your work, please contact us.